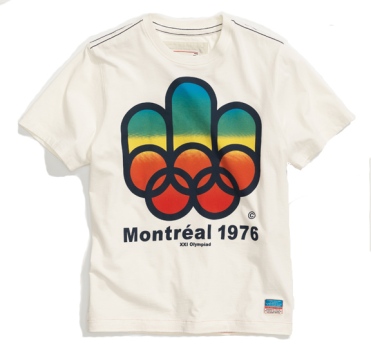 Logo of the 1976 Montreal Olympic Games. Source: Olympic.org The Official website of the Olympic Movement

Photograph of Nira Stove, which appears in A History of Peak Hill and District Chappel, Charles B. (ed) (1989) Parramatta: Macarthur Press, page 378 Print. Photograph courtesy of Nira and Graham Windeatt

When Nira participated in her event at the 1976 Montreal Olympics, colour television was just being introduced to the Parkes Shire. While the coverage for the upcoming Rio Olympics will be around the clock, residents in the Parkes Shire relied on daily radio reports and edited highlights packages on television provided by the ABC.

Photograph of Jeff Stove, Nira’s father. Jeff was the first manager of the Peak Hill swimming pool before they moved away to Narrabri. Source: A History of Peak Hill and District Chappel, Charles B. (ed) (1989) Parramatta: Macarthur Press, page 394 Print

Editor of the brilliant Peak Hill history book, Charles B. Chappel, describes how Peak Hill achieved its own swimming pool:

The Peak Hill and District War Memorial Baths officially opened on November 11, 1961. The pool is a fitting memorial to those who fought in two world wars and a tribute to hard work and generosity of the people of the district who worked from January 8, 1955 until the opening to raise $36,000 as the Baths Committee’s contribution towards the estimated costs of $76,000.

Peak Hill Municipal Council contributed $20,000 and the State Government $20,000. The pool continues to be a source of enjoyment in the warmer months. Since its inception, the pool has had only four managers – Jeff Stove, Fred Whimpey, Bob Barnes and the present manager, John Palmer.

Nira and her family moved to Narrabri in September 1969. Nira is one of the sportspeople on the Narrabri Sporting Wall of Fame. This feature was unveiled when Narrabri was named as Australia’s Sportiest Town in 2011. HistoryParkes is not wishing to stir up rivalry between Parkes Shire and Narrabri Shire as the list of sportspeople from Narrabri is impressive. Our aim is also to highlight that Nira Stove grew up in the Parkes Shire, attended a school here (Peak Hill Central School) and indeed was coached in swimming at Peak Hill pool by her father before moving away. 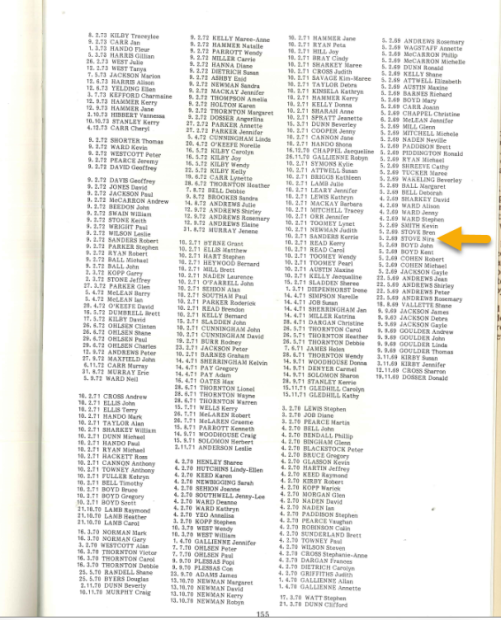 Nira at the opening ceremony of the 1976 Montreal Olympic Games, dressed in Australian team uniform. Photograph courtesy of Nira and Graham Windeatt 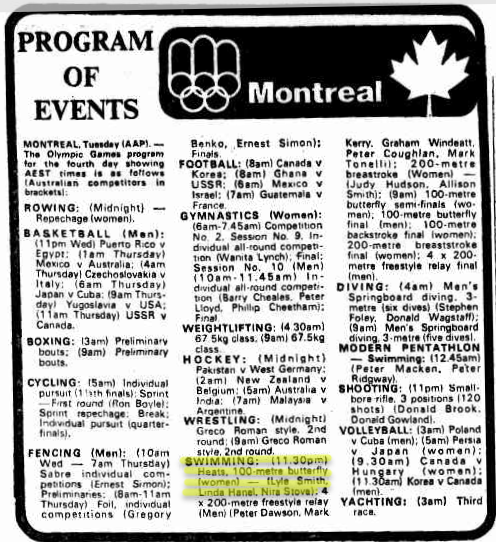 Advertisement for radio coverage of the Montreal Olympic Games. When Nira competed, in 1976, radio was the main source of news and information regarding the Olympic Games. Source: Parkes Champion Post Monday July 19. 1976 page 6

Nira Stove in action in the pool. Photograph courtesy of Nira and Graham Windeatt 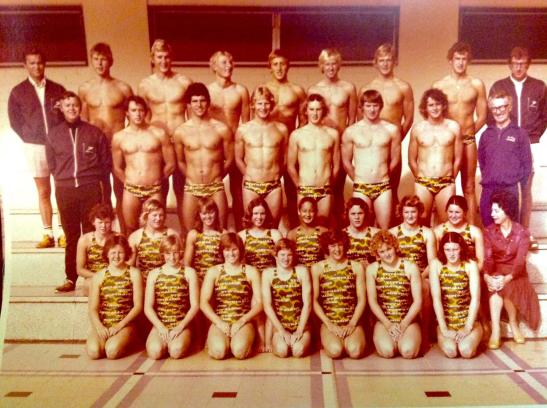 A copy of the television guide to ABC’s coverage of the 1976 Montreal Olympic Games. Television provided limited coverage and colour was only just introduced to Australians in 1975. With no home recording devices – such as video recorders and PVRs – and no “catch up” tv stations if you missed it, then that was your only chance to view events you wanted to see. Source: Parkes Champion Post Monday July 19 1976 page 11

Nira Stove, standing next to future husband and fellow Olympian, Graham Windeatt. before departing for Montreal. Photograph courtesy of Nira and Graham Windeatt

Nira met future husband, Graham Windeatt, at the 1975 Swimming World Championships in Cali, Columbia. Nira recalls that the two trained together during Olympic training camp and then shared the adventure of the Montreal Olympic Games. In 1979 they were married in Xavier Church, Narrabri. Graham and Nira have been together for over 40 years and have two adult children, who both excel in a number of sports. Just prior to the Rio Olympic Games, Nira and Graham attended a Montreal Games swim team reunion. 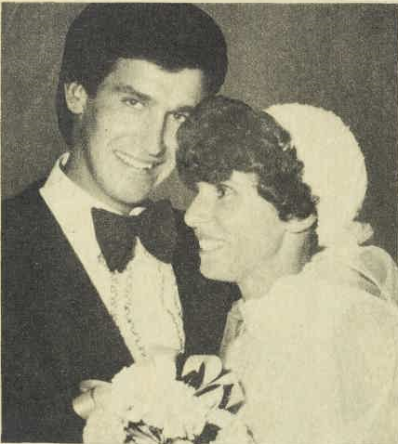 If you have stories or memories that you are willing to share about Nira Windeatt (née Stove) or any of the other Olympians of the Parkes Shire , please contact Parkes Shire Library via library@parkes.nsw.gov.au so that they can be shared and kept for posterity on this blog. Alternatively you may leave comments on this page.

REFERENCE LIST (in order of appearance in above article)